Brian has been in the EUC industry for 25 years, and is currently the lead field technologist in VMware's EUC Office of the CTO. Prior to joining VMware, he was known as the creator of BrianMadden.com and the BriForum conference series. Brian has written six books, thousands of blog posts, and given hundreds of speeches around the world.

I work for VMware, but I love Citrix! (And Microsoft. And AWS. And Okta. And lots of others!)

When I joined VMware almost a year ago, one of the reactions I got from multiple people was, “You joined VMware? But I thought you loved Citrix?” The truth is they’re right! I did love Citrix. But I also continue to love Citrix! ❤️

The end-user computing landscape of today is extremely complex. Users want to be able to use Windows, Mac, iOS, and/or Android devices, from almost anywhere, at any time, and to access any and all of their apps, files, and data.

If someone is using Citrix Virtual Desktops or Virtual Apps and they want to migrate to a different delivery solution like VMware Horizon, we have folks who will happily talk to them. (After all, we love Horizon, and we’re proud of it!) But if a customer is using Citrix and they love it and it’s meeting their needs, that’s also fine with us! VMware Workspace ONE can happily show and broker Citrix desktops and apps along side VMware-powered apps, content, links, etc.

The core premise (see how I used that word?) of my Why 2019 is not the year of VDI post was that when you step back and look at the entire EUC landscape in 2019, Windows virtual desktops and apps only represent a tiny piece of the overall story. (Maybe 5 or 10 percent?) So we would be crazy to get hung up on whether that 5-10% is Citrix or VMware instead of focusing on the incredible platform we’ve built with Workspace ONE.

Our love for other vendors that we sometimes compete against doesn’t end with Citrix. For example, we were on stage at the main keynote of Okta’s Oktane conference last year announcing a technical integration between VMware Workspace ONE and Okta. Sure, you’ll see there’s a big overlap between the VMware Identity Manager component of Workspace ONE and Okta. Back in the day we even had competitive positioning against them. But love for doing what’s best for customers prevailed! We realized that Okta’s customers loved Okta. So rather than trying to get customers to ditch something they love for a little piece of Workspace ONE, we figured out that we can embrace Okta, build a technical integration with them, and allow customers to extend their Workspace ONE environments with Okta, thereby getting the best of both worlds.

I can go on and on. Remember vCloud Air, VMware’s public cloud offering that competed against Azure and AWS? VMware sold that off a few years ago and instead decided to embrace Azure and AWS. And how did that turn out? Now customers can actually run Horizon virtual desktops and apps natively on Microsoft Azure. Did you ever think you’d live to see the day? This is VMware Horizon running directly on the Microsoft Azure hypervisor. No vSphere. No ESX. No “vTax.” So even though some aspects of VMware Workspace ONE compete against other Microsoft products (like Intune), in other areas we have lots of love and partnership with Microsoft. (This goes for me personally too, since my best friend works at Microsoft!)

How about AWS? VMware has embraced AWS in many ways, including the fact that customers can run vSphere instances in AWS datacenters. (From the EUC standpoint, you can run Horizon desktops and apps in AWS, with full integration with your on-prem Horizon environments. Heck, you can even vMotion machines from on-prem to AWS!) We’ve even done some three-way loving by validating Citrix Virtual Apps and Virtual Desktops, running on VMware Cloud on AWS!

Or, look at one of the coolest things we’re building on the Workspace ONE platform, which is the Workspace ONE Trust Network. This initiative (which is currently in beta) is where we reach out to the security ISV community and work with them to integrate their products and services with our Workspace ONE Intelligence platform using back-end cloud-to-cloud APIs. We have many partnerships in the works here (with more being announced all the time), including McAfee, Crowdstrike, Carbon Black, Symantec, Lookout, Cylance, Netskope, Palo Alto Networks, Check Point, Trend Micro, Zscaler, NSX, Okta, and probably some others I'm forgetting. These third parties are doing incredible and amazing things that are absolutely not possible for VMware to build on our own.

Then there’s the work we’re doing with IBM. And with Apple. And with Google. And with many more vendors I’m forgetting at the moment.

I joined VMware because I believe that VMware has built (and is continuing to improve) the best platform for end-user computing on the market. But of course a platform is just a base that other things are built on. Our platform, VMware Workspace ONE, is pluggable, extendable, and extensible. Our goal is to focus on what we do best, while allowing others—be they partners, software vendors, service providers, or customers—to do what they do best by building, adding on to, or integrating what they do with Workspace ONE. This is not a veneer of third-party compatibility, rather, we believe that the strength of VMware Workspace ONE is based on these integrations.

So when someone says something like, “How could you join VMware? I thought you loved Citrix?”, I just roll my eyes and give them a hug, answering, “Dude, it’s 2019. Those days Citrix-VMware mutual exclusivity are long gone. We’re all doing this together to build the best solutions for our customers.” Partnership love #ftw!

Brian has been in the EUC industry for 25 years, and is currently the lead field technologist in VMware's EUC Office of the CTO. Prior to joining VMware, he was known as the creator of BrianMadden.com and the BriForum conference series. Brian has written six books, thousands of blog posts, and given hundreds of speeches around the world.

Hi Brain, Great article. But maybe posted a day too early? Love for partners on Valentine's Day :-) Loved your "Is VDI Dead" presentation on VMworld by the way, still very clear too me. Gr. Peter
By pvdbree@outlook.com

Also I would like to ask for a feature request, because I saw that I wrote your name all wrong (sorry dude) and I wanted to correct it but no can do...
By pvdbree@outlook.com 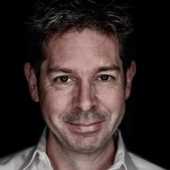 you don't see an edit bar under the comment saying like, delete, edit, reply?
By Andy Morris