Getting Around the Incompatibility Issues with Dell Command | Update 3.0 Using Workspace ONE UEM

Houston, We Have a Problem!

Product provisioning was not an option in this case, for a number of reasons:

If you have a similar issue, you too can implement this solution. Just follow the same process we did, as outlined below.

Next, configure the dependency app using a zip file that contains the above PowerShell script and the MSI for Dell Command | Update 3.0. 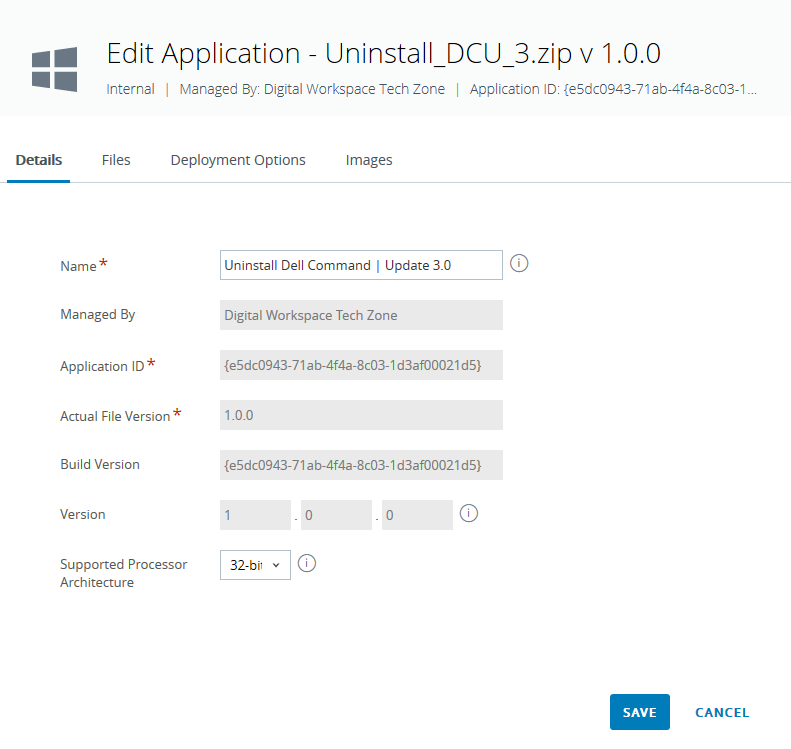 Configure the Files tab as seen below. Since you will never use the Uninstall of this (which would really install Dell Command | Update 3.0), just set the uninstall command to exit 0. 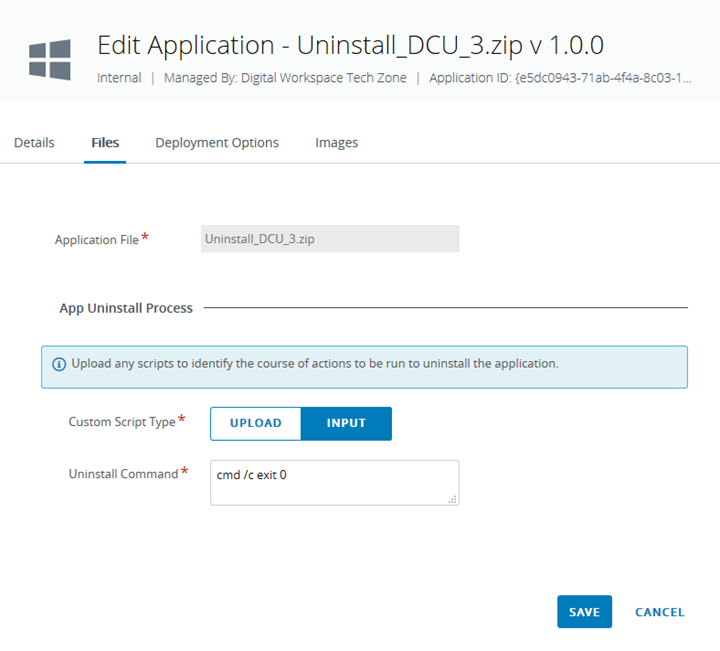 On the Deployment Options tab, configure the Install Command to run the PowerShell script. The script checks the registry to determine if the application is installed. If it is installed, it runs an msiexec uninstall command. If it is not installed, it exits with code 0. 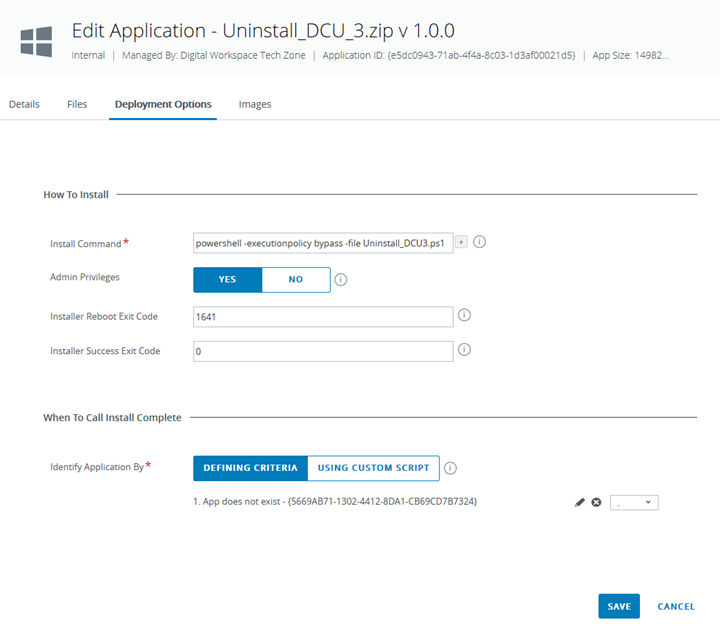 Note: Remember to configure this app as a dependency application. 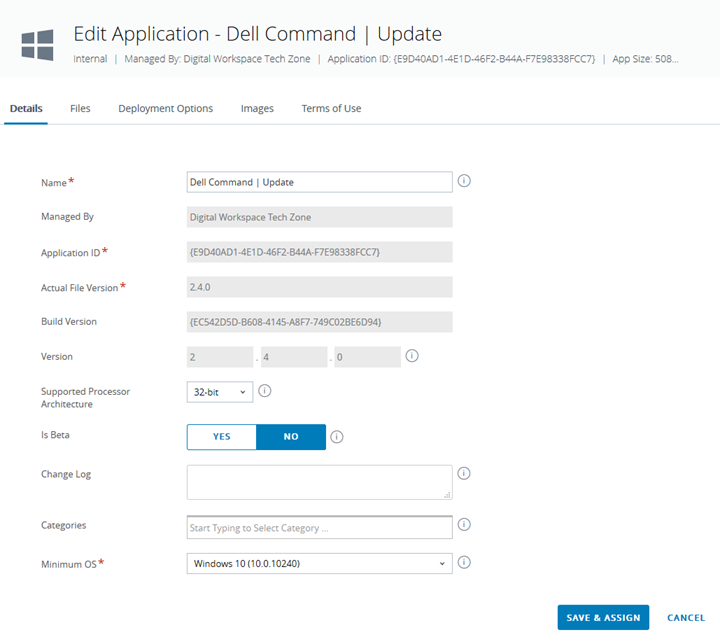 On the Files tab, configure an app dependency that runs the Dell Command | Update 3.0 uninstall app created before. Leave all other settings as default from the MSI Import. 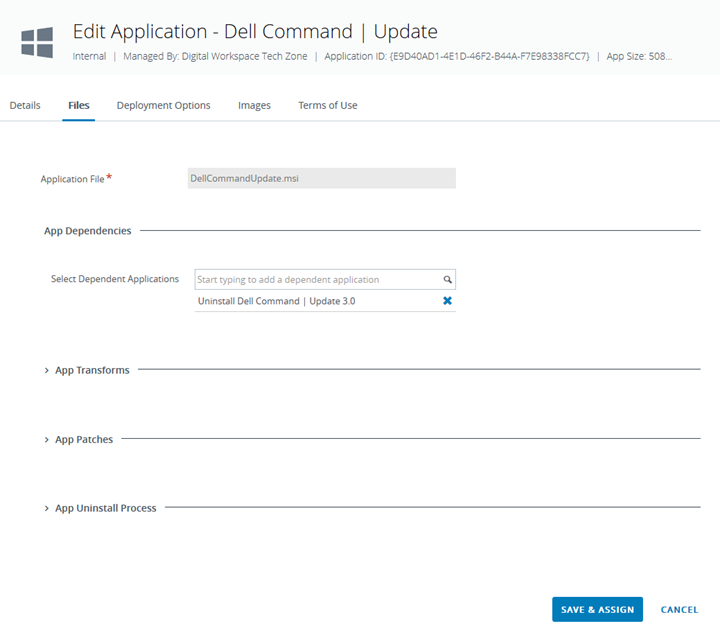 Configure Deployment Options as below. We considered adding a data contingency to this, but the way the data contingency works was not conducive to the company in question, who has thousands of devices in the field, sometimes with only 3G connectivity. Please take note of the exit codes here; they are essential for this to work. 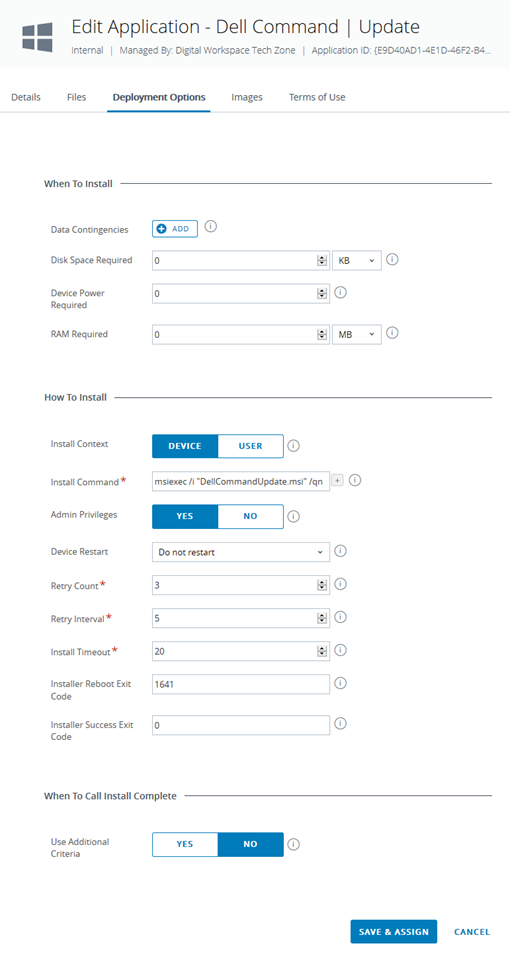 For more information about how to implement this solution, see Integrating with Dell Client Command Suite Operational Tutorial.

Senior Consultant, End User Computing, VMware. Jason is a former TAM turned EUC consultant with 5 years of EUC experience, mostly in the healthcare space. He’s earned a VCP in Workspace ONE and VCAP in the Horizon Space and is currently working toward a VCDX certification.