With this new guide, our plan is to get you off to an even quicker start. We have streamlined the exercises and shortened the page count from 222 PDF pages, in the Horizon 7 version, to 63 pages in the Horizon 8 version.

With the minimum required resources, you can follow this tutorial to set up a Horizon environment that uses an on-premises VMware vSphere infrastructure. After completing the exercises, you will have several published applications and a pool of Windows 10 virtual desktops.

Published applications are oﬀered through Microsoft Remote Desktop Session Host (RDSH). Both the RDSH server farm and the desktop pool are created using instant-clone provisioning. This technology can rapidly create virtual machines because they share virtual disks with a golden VM image.

The following diagram shows all that you will accomplish using this tutorial. 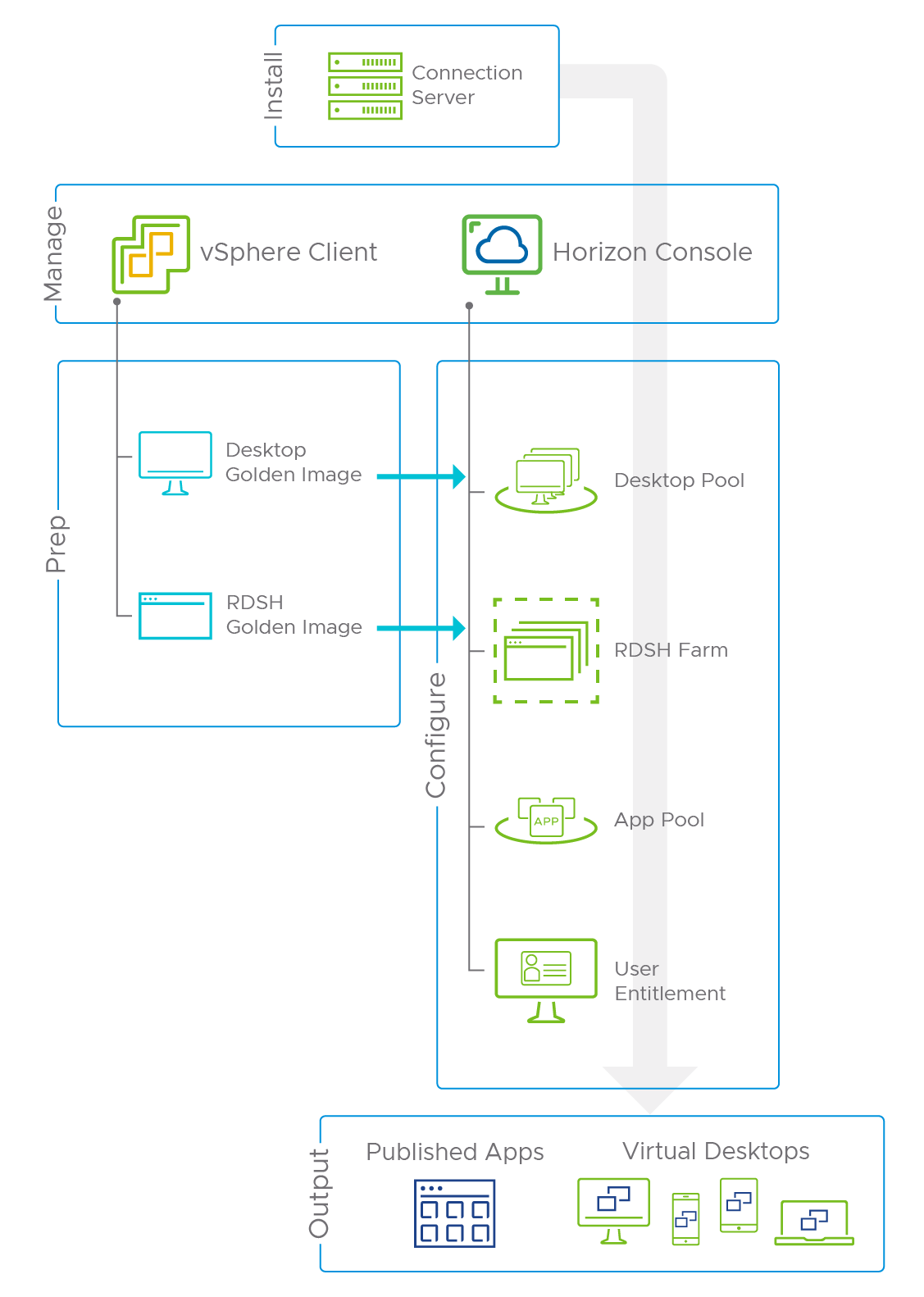 The Quick-Start Tutorial for VMware Horizon 8 also briefly describes Horizon 8 support for hybrid (on-premises but managed in the cloud) as well as multi-cloud architectures. It also provides links to documentation for deploying Horizon on vSphere in these other environments.

Senior Technical Marketing Manager, End User Computing, VMware. Caroline started as a technical writer at VMware in 2006, working on the VMware Workstation 6 User’s Manual, for which she won an STC (Society of Technical Communication) award. What can one do with a B.A. in Philosophy and an M.A. in Creative Writing – Poetry? One can discover a surprising affection for technology and happily make a good living communicating that zeal in the form of reference architectures and quick-start tutorials.