You are being redirected to VMware's Cloud Services portal (myVMware)

This message will close in seconds
You are about to be redirected to the central VMware login page. Here you can create an account, or login with your existing Customer Connect / Partner Connect / myVMware ID.

How Does VMware Horizon Work?

As you learned in our What Is VMware Horizon? article, VMware Horizon® is the leading platform for Windows desktop and application virtualization, providing a consistent user experience across devices and locations while keeping corporate data secure and compliant. In this article, we’ll discuss how it works, including the various components and how they fit together.

In a hybrid architecture, organizations might start out with the VMware Horizon and vSphere infrastructure servers, as well as the virtual desktops and Microsoft RDSH server farms, residing on-premises, while the management control plane is a cloud service. This strategy is especially useful for many of today’s most urgent use cases, including work from home, business continuity, real-time bursting, disaster recovery, and high availability.

Other cloud options include cloud platform support for the native (VMware vSphere) stack, including:

The following diagram shows the logical architecture of a typical Horizon implementation. 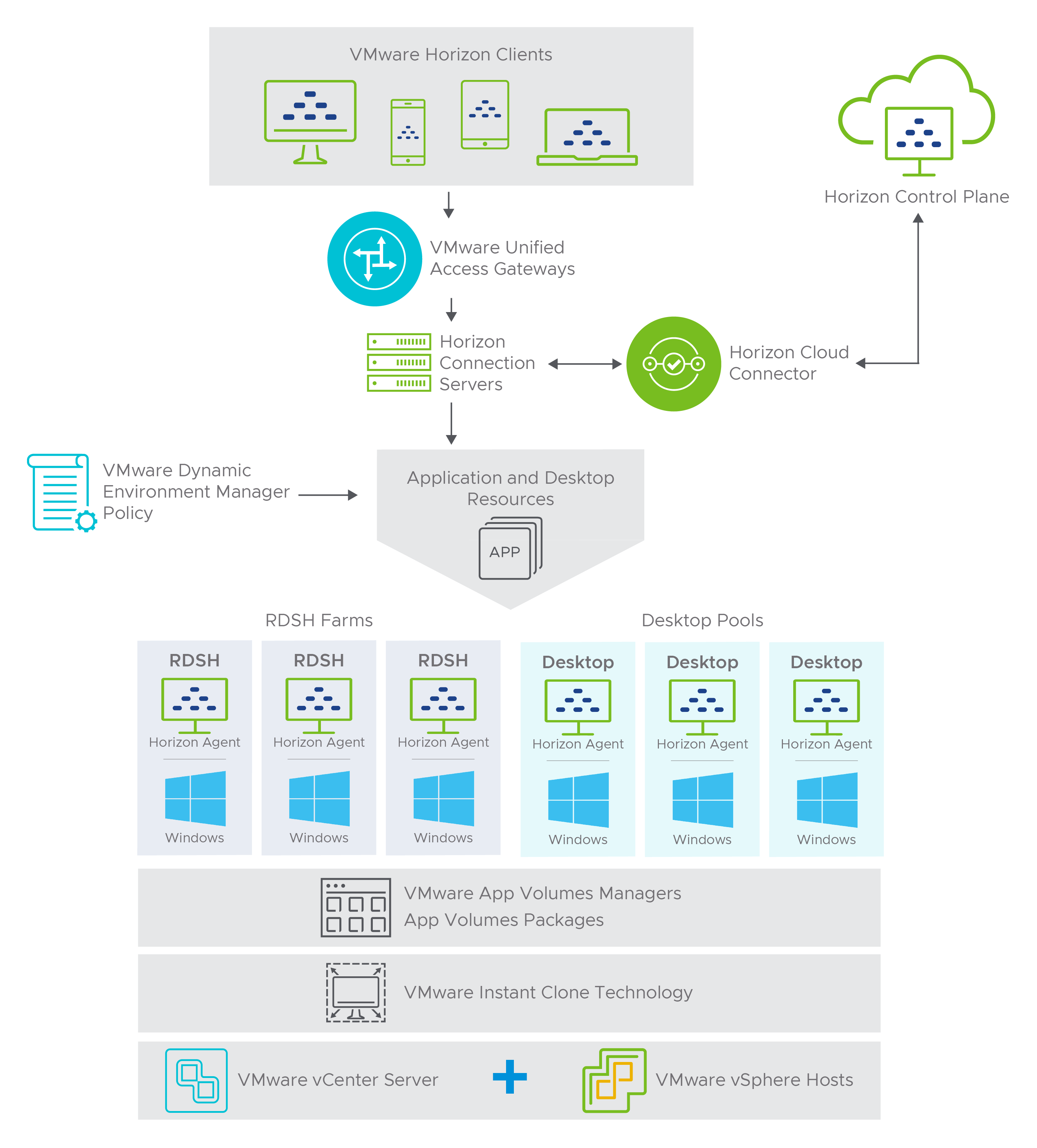 Following are descriptions of the elements in this diagram.

Horizon Control Plane is a cloud-based service that unifies and simplifies management across pods, providing monitoring as well as image, application, and lifecycle management.

Horizon Cloud Connector is a virtual appliance that you pair with a Connection Server in an on-premises pod so that the pod can be connected to the Horizon Control Plane. This pairing also enables the use of subscription licensing.

VMware App Volumes™ software can also optionally be used for packaging applications that are virtually attached rather than natively installed on the virtual desktop or RDSH server.

VMware Dynamic Environment Manager™ (formerly User Environment Manager) lets you configure user-specific Windows desktop and application settings that are applied in the context of the client device, location, or other conditions. Policies are enforced when users log in, launch an app, reconnect, or when some other triggering event occurs.

You can also configure folder redirection for storing personal user data, including documents, pictures, and so on.

Instant Clone Technology is preferred for cloning desktops and RDSH servers. The virtual desktop can contain either a Windows or a Linux operating system.

RDSH server farms and virtual desktop pools are created from the golden image. The Horizon Agent software on the VMs communicates with the Horizon servers and the clients to determine which applications and desktops to provide to which groups of users.

VMware just-in-time technologies are able to decouple each aspect of a desktop to allow it to be managed on a per-user or per-group basis. Each component of the desktop is virtualized and managed centrally rather than separately, as is done in a traditional distributed per-VM approach. 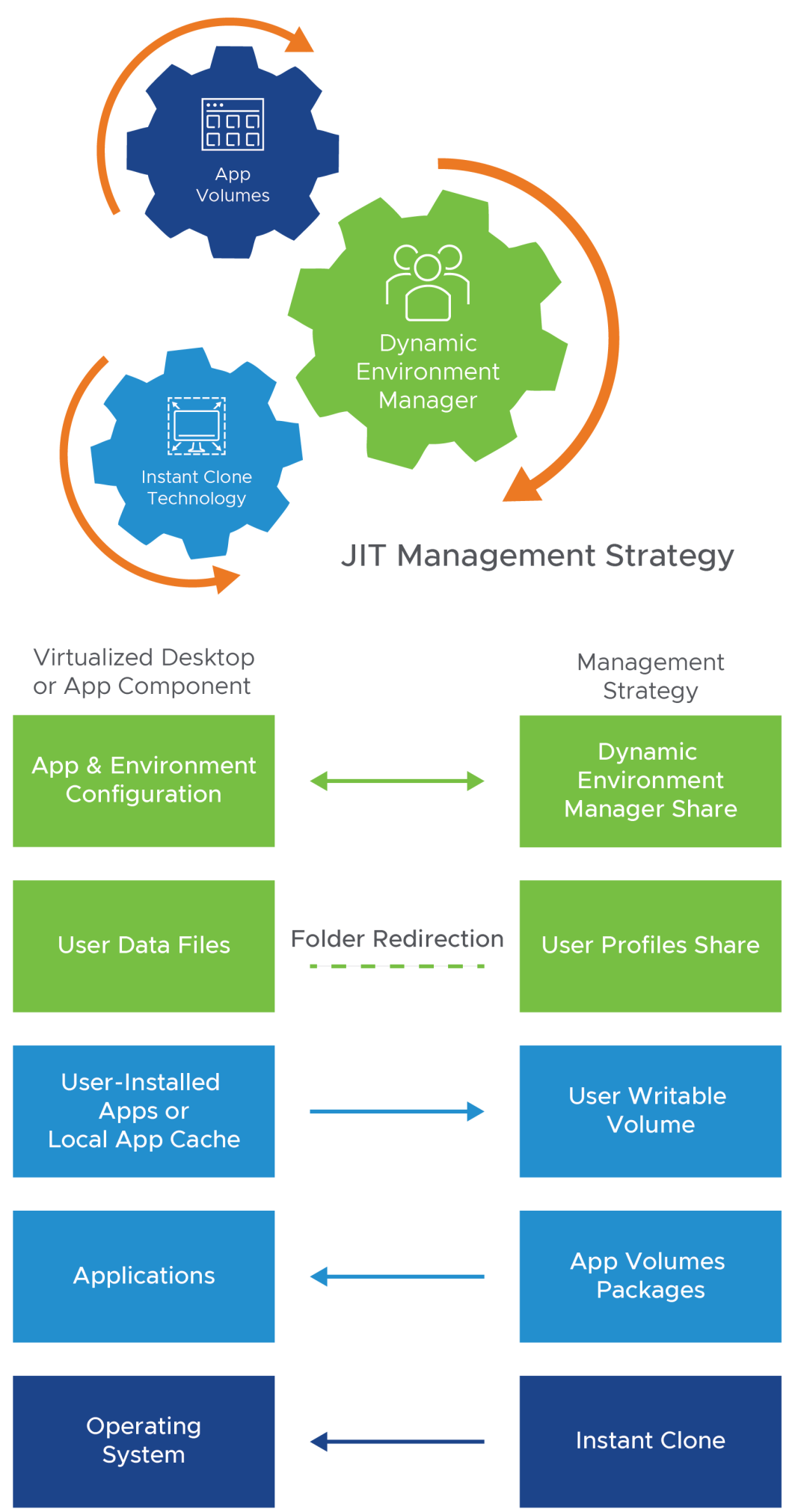 The following components of JIT desktops and apps work together to compose a just-in-time personalized desktop:

With all these components working together, Horizon desktops and apps are delivered to end users through the Blast Extreme display protocol. Blast Extreme provides the responsiveness and high-fidelity display end users are accustomed to, even when those users require graphically intensive, 3D applications or high-definition (up to 8K) displays.

VMware Horizon Client software is available from app stores or from VMware for iOS, Android, Chrome, Windows, Linux, and macOS so that users can access published applications and VDI desktops from any device. 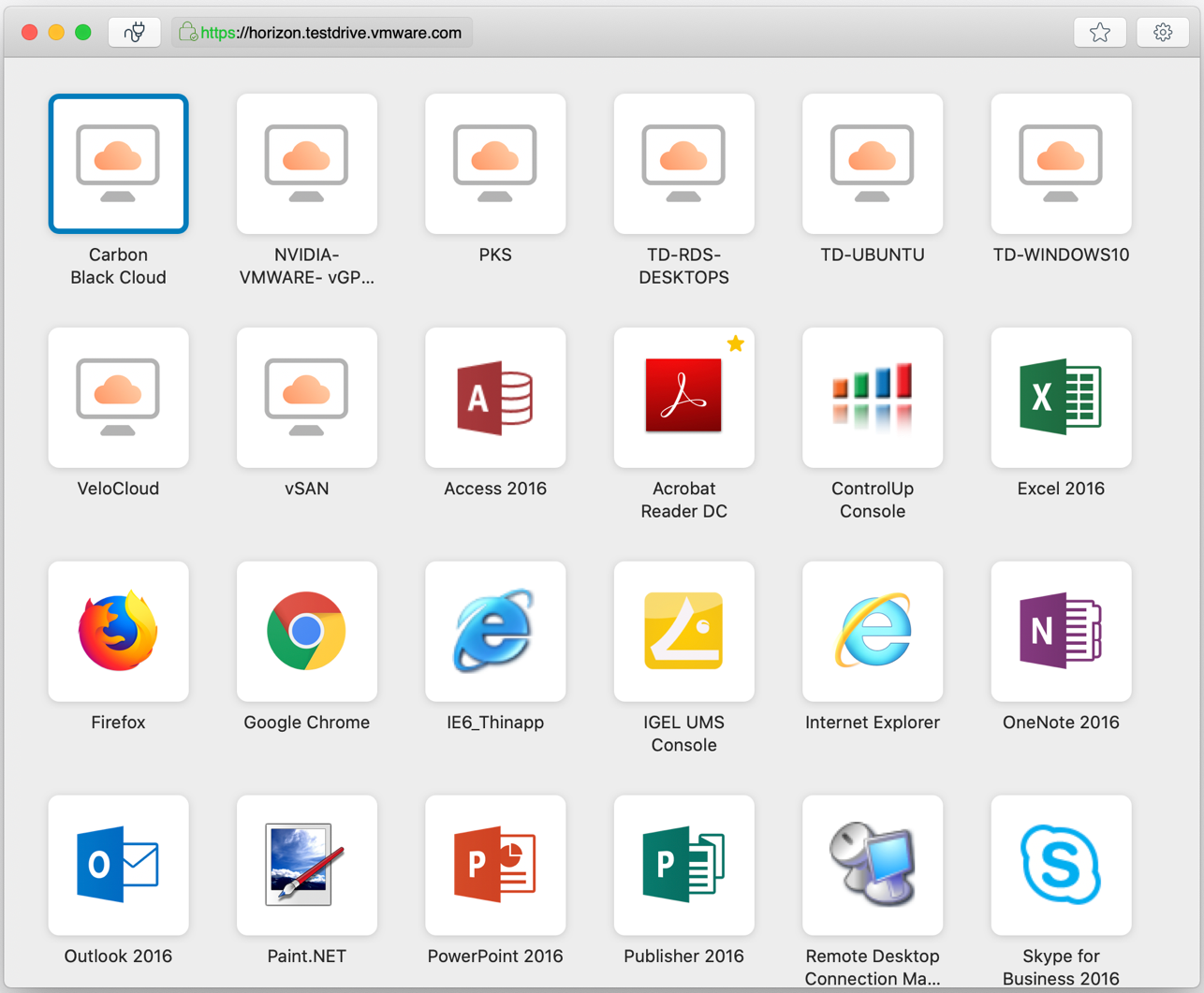 An HTML Access web client is also available, and it does not require installing any software on client devices. 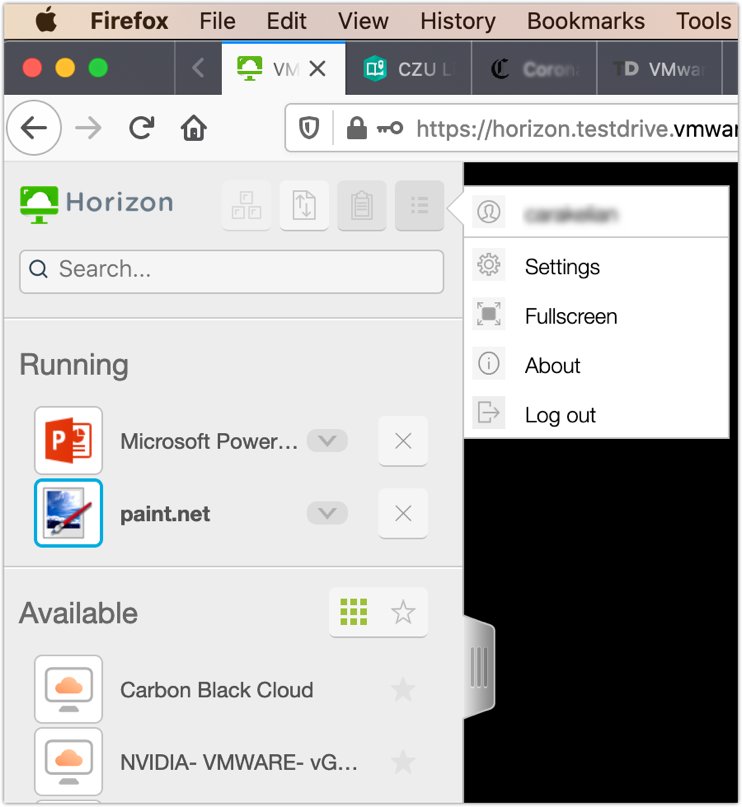 When Workspace ONE is integrated with Horizon, users can also access the app catalog through the Workspace ONE Intelligent Hub app, either from a browser: 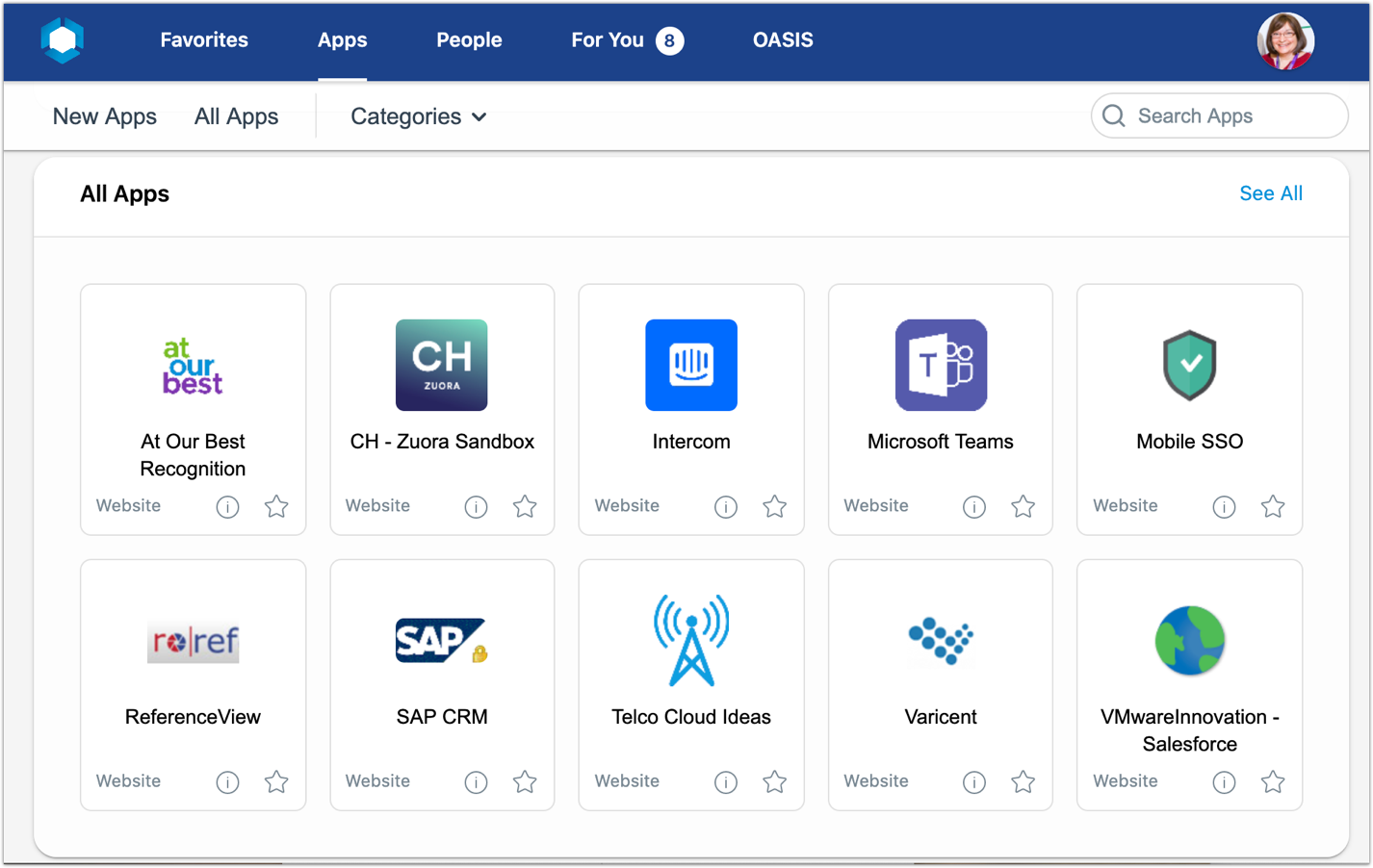 Or from a tablet or smartphone: 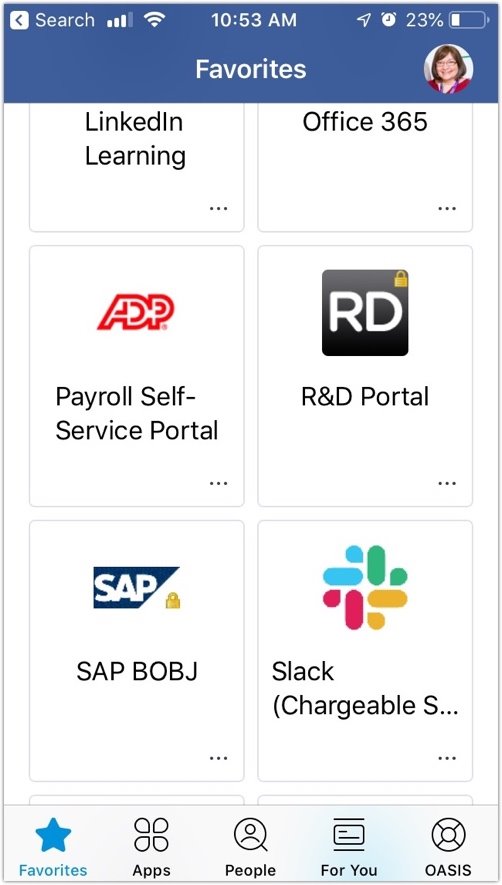