How Does Horizon 7 Work?

As you learned in our “What Is Horizon 7?” article, VMware Horizon® 7 is the leading platform for Windows desktop and application virtualization, providing a consistent user experience across devices and locations while keeping corporate data secure and compliant. In this article, we’ll discuss how it works, including the various components and how they fit together.

The following diagram shows the logical architecture of a typical Horizon 7 implementation. 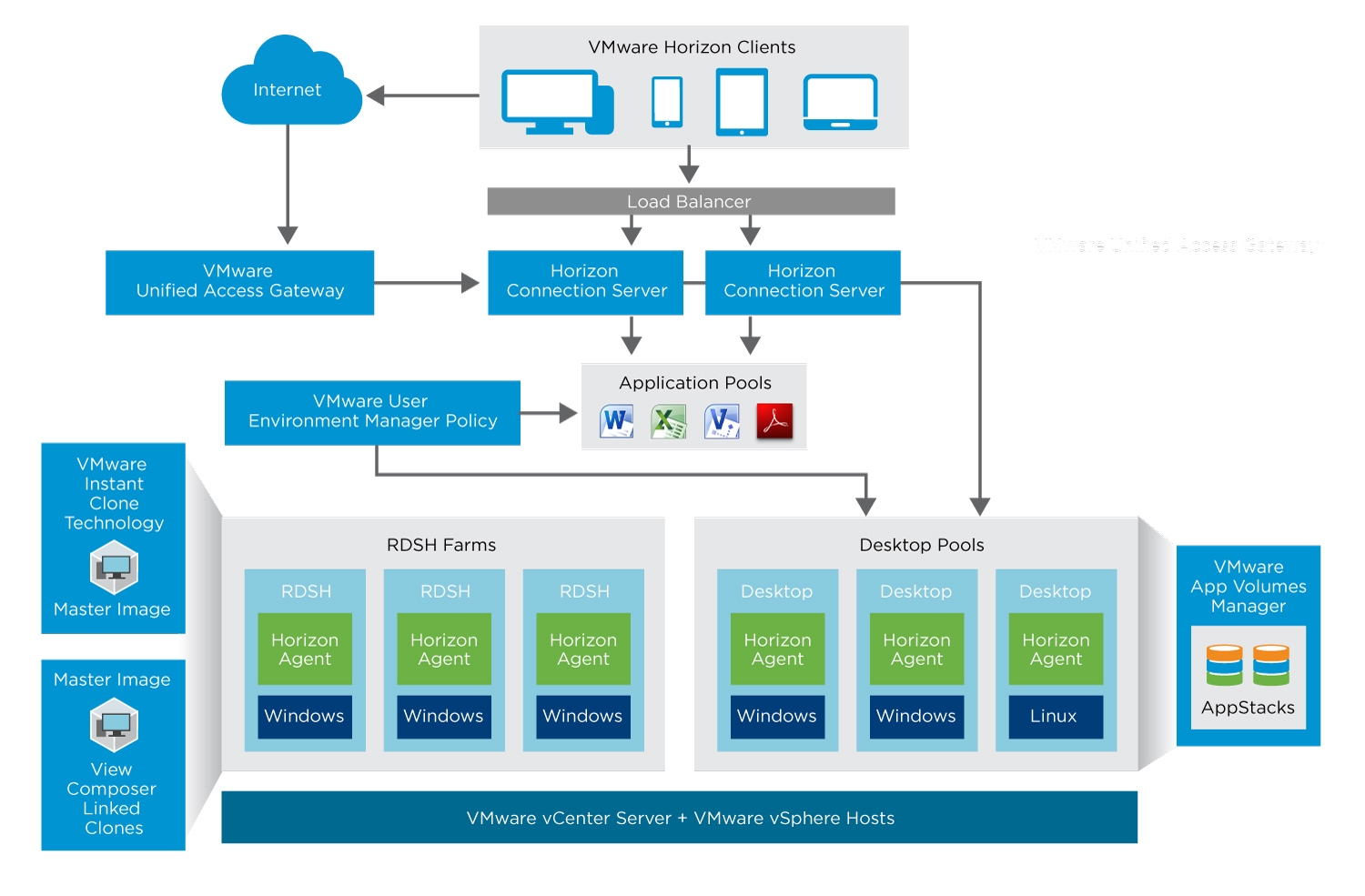 VMware App Volumes™ software can also optionally be used for capturing groups of applications that are virtually attached rather than natively installed on the virtual desktop or RDSH server.

VMware Dynamic Environment Manager™ (formerly User Environment Manager) lets you configure user-specific Windows desktop and application settings that are applied in the context of the client device, location, or other conditions. Policies are enforced when users log in, launch an app, reconnect, or when some other triggering event occurs.

You can also configure folder redirection for storing personal user data, including documents, pictures, and so on.

A master image (VM) of a virtual desktop or RDSH server contains the operating system and, optionally, any applications that are best deployed as natively installed applications. The virtual desktop can contain either a Windows or a Linux operating system. Instant Clone Technology is preferred for cloning desktops and RDSH servers. View Composer (which creates linked clones) is an older cloning technology from VMware.

RDSH server farms and virtual desktop pools are created from the master image. The Horizon Agent software on the VMs communicates with the Horizon 7 servers and the clients to determine which applications and desktops to provide to which groups of users.

One of the most recent advances in desktop and application virtualization is JMP (Just-in-Time Management Platform) technologies from VMware. JMP decouples each aspect of a desktop to allow it to be managed on a per-user or per-group basis. Each component of the desktop is virtualized and managed centrally rather than separately, as is done in a traditional distributed per-VM approach. 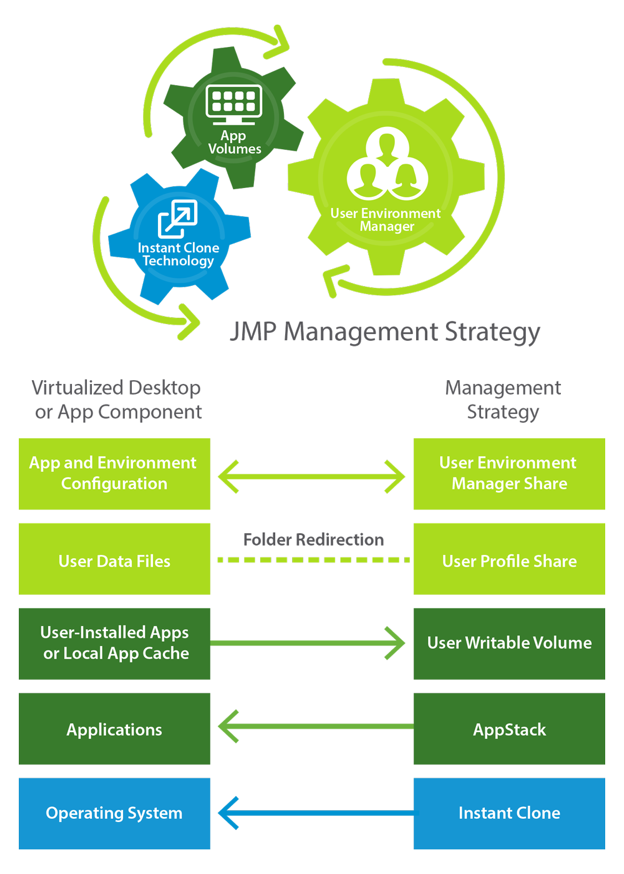 The following components of JMP work together to compose a just-in-time personalized desktop: 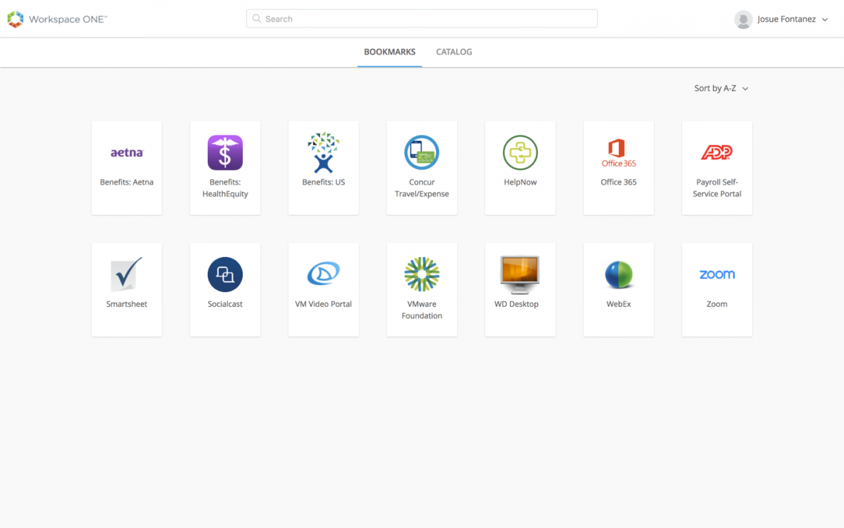 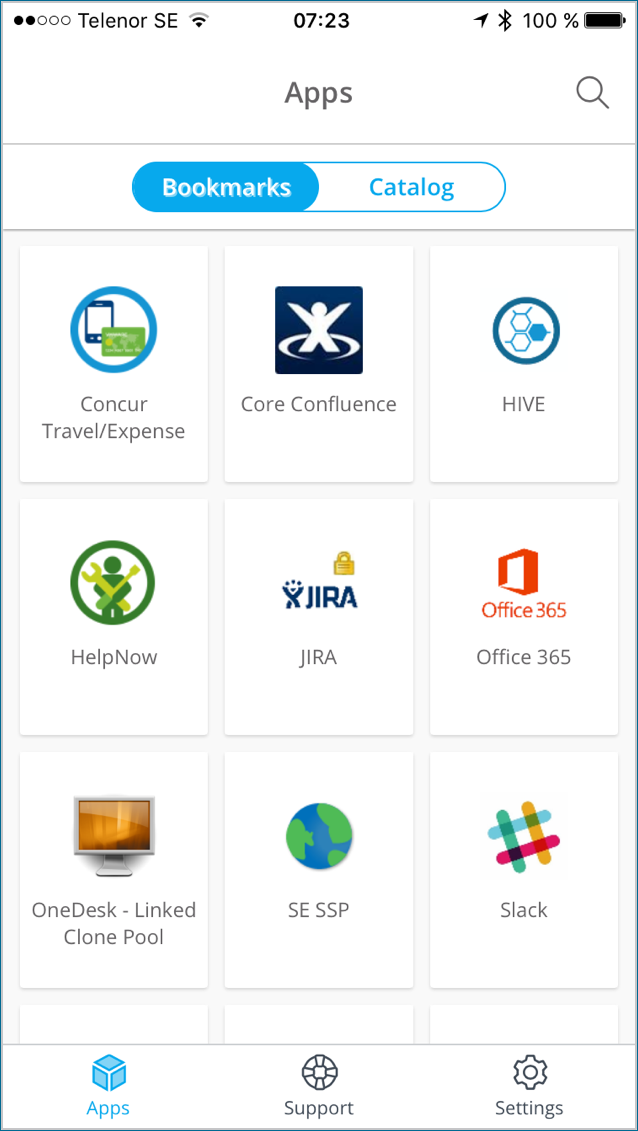 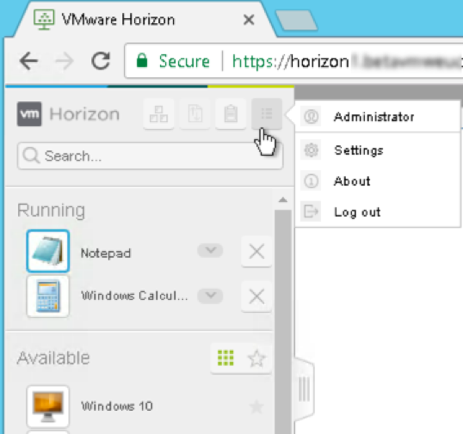 To learn more, take a look at the following assets: